Thigmotropism is a natural property that can be found in plants. The word is derived from the Greek prefix thigmo-, meaning touch, with -tropism meaning movement. Thigmotropism entails the moving or growing of an organism in response to touch. When thigmotropic plants grow around or against a surface, the plant’s tendrils will either coil around or stick to it. Climbing plants such as ivy and vines are an example of this. When the tendrils touch the surface, the cells on the opposite side will elongate, while the cells on the touched side will shrink, causing the tendril to bend. Carnivorous plants are thigmotropic – when an insects flies into their trap, the touch leads to the plant closing its leaves or tentacles to consume the insect. 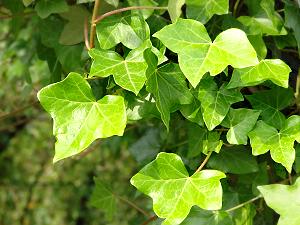 The Hedera Helix or Common Ivy

When plants grow towards the touched object, they are positively thigmotropic. Some plants, however, have roots that are negatively thigmotropic – the roots instead grow away from objects in the ground, so as to grow more freely. Thigmotropism in this case overrides gravitropism – movement and growth influenced by gravity – causing the roots to be able to grow upwards if necessary.

Some insects can be thigmotropic as well. The earwig is thigmotropic, which means it likes touch and will try to creep into tight spaces all the time. Although the assumption that earwigs get into people’s ears is largely an urban myth, their thigmotropism does cause them to crawl across human skin more than non-thigmotropic insects.